March 24, 2019 In The Business of Video, Video Marketing Tips By DigitalShoebox

I’m a sucker for anything new, especially in the CPG (consumer packaged goods) category. 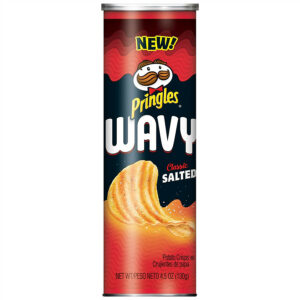 My 12-year-old son opened this container of Wavy Pringles and took some out. He handed one to me and I just stared at it for a minute, until I started smiling.

You see a potato chip with ridges. I see a whole story.

A young man is new to the Pringles production line, just starting his first full-time job. His job is repetitive and his mind wanders over the course of the day – planning the weekend, thinking about the love of his life, dreaming about the new car he’ll soon be able to afford.

One afternoon, a potato chip falls off the belt and the young man has to crawl to the other side of the machine, a place he’s never accessed. While he’s there, he can see the machine in a different light, from an angle he’s never considered.

He sees a switch that is normally hidden from his usual view. “I wonder what that’s for,” he muses.

He looks around, to see if anyone can see what he is about to do. Everyone else has a glaze over their eyes, trapped in their own monotony. He tentatively reaches out, squeezes his eyes shut, and pushes the button.

There’s a pause in the rhythm of the machine, then a whirring, then a click. Our young man slowly opens his eyes and sees pringles rolling down the belt, all scrunched up with ridges.

He picks one up, turns it over and wonders whether or not to tell his supervisor. He takes a bite, crumbs showering the front of his overalls. They taste exactly the same, but the salt has collected in the valleys between the ridges, an unexpected burst of stimulation for the taste buds.

The young man opts to share his discovery with his boss, who in turns shares the news with his own superiors. Within days, everyone in the company has seen the new chip and everyone knows who made the discovery. And Wavy Pringles are now a thing.

Every piece of your business has a marketing story. Let me help you find yours. 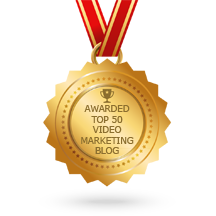